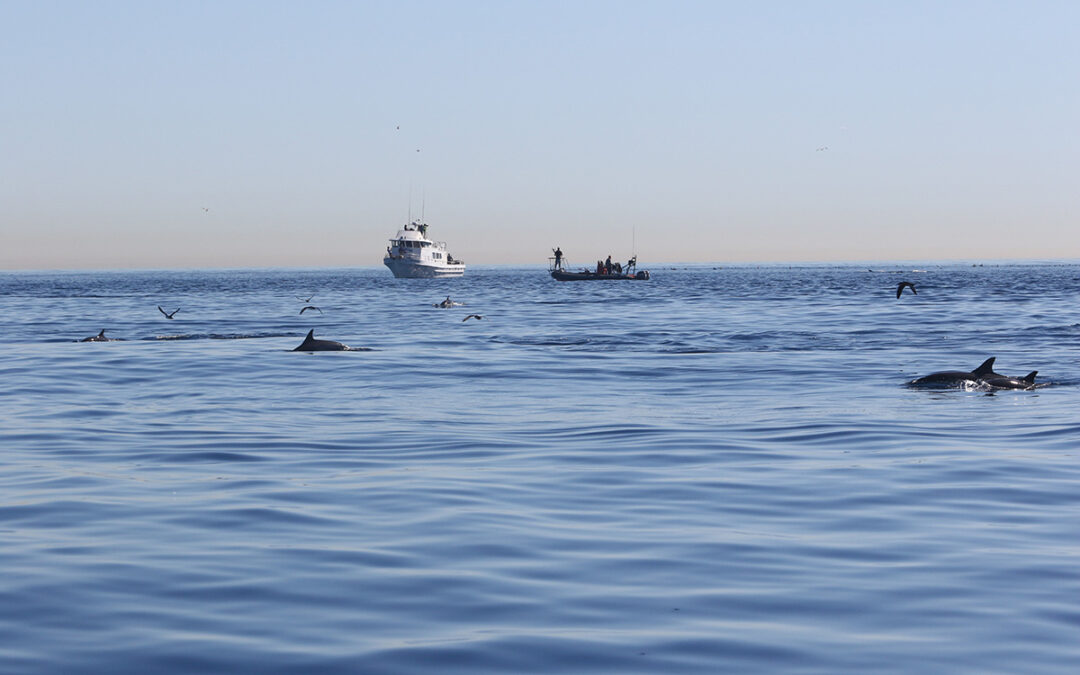 Our research team working on the tagless behavioral and physiological response study (BPRS) in the Channel Islands off southern California kicked off our fall 2019 field effort this week. It has been a fantastic and productive start to this research collaboration with seven complete controlled exposure experiments conducted in different areas over just the first four days, including the first-ever experiment investigating behavioral and physiological responses of dolphins using operational Navy sonar systems in the field. This project is a close collaboration between SEA, Cascadia, Kelp Marine Research, NOAA’s Southwest Fisheries Science Center, and SR3 colleagues. We very much appreciate the support and collaboration of the Office of Naval Research Marine Mammal and Biology Program and the logistical support and coordination with the Naval Undersea Warfare Center and operational elements of the U.S. Navy.
This project focuses on common, bottlenose, and Risso’s dolphins and uses methods other than conventional tagging methods in studying fine-scale movement, acoustic, and other behaviors. It involves a unique and novel integration of visual survey and group sampling methods, passive acoustic monitoring, and tissue biopsy sampling approaches in known, controlled, experimental conditions to provide direct measurements of how Navy sonar can impact the behavior and physiology of these protected species. These studies are conducted carefully under numerous permits from the National Marine Fisheries Service and other authorizations to provide this important information in order to better understand and reduce negative impacts of sonar and help protect these amazing animals. We use visual observations from shore- and vessel-based theodolites and high-power binoculars as well as unmanned aerial systems (UAS). The UAS (sometimes called drones) carry sophisticated and precisely-calibrated systems to image and measure individual animals as well as spacing, linearity, speed, and other features of animals. We can use the UAS to zoom in on smaller groups like the bottlenose dolphins in the above image or to characterize larger groups as shown in the pictures below of two different common dolphin species (short-beaked on left, long-beaked on right).

We also use listening hydrophones to measure the sounds the animals make, experimental sonar sound characteristics, and potential changes in sound production during the experiment. 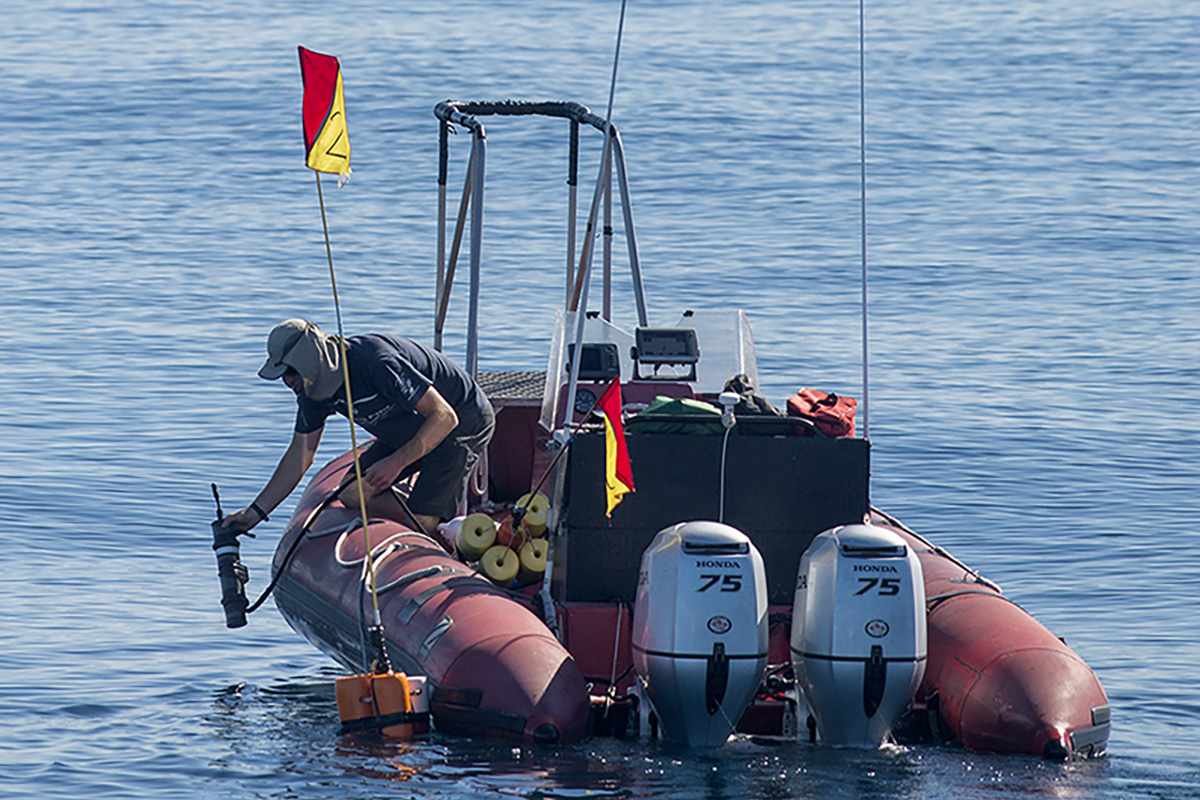 Following experiments, we collect tissue biopsy samples at dedicated times to look at whether and how stress hormone levels may be elevated and recover as a function of sonar exposure 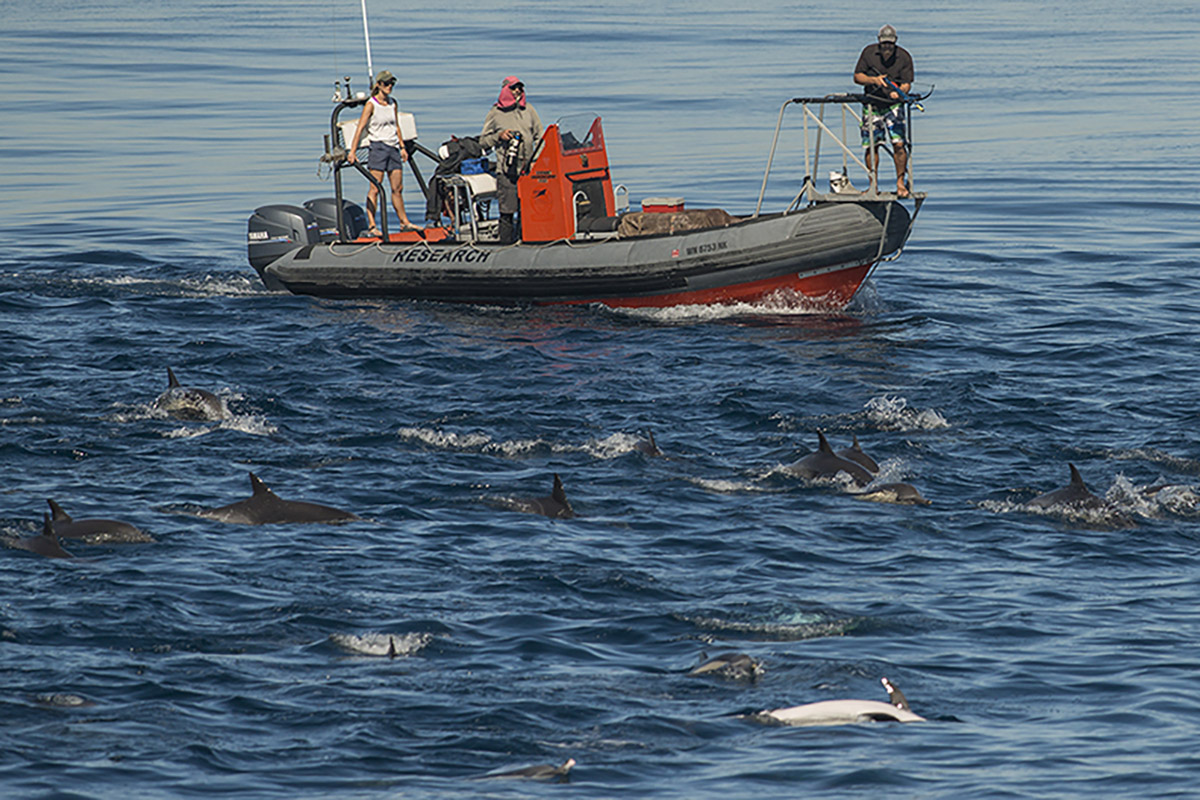 We are about halfway through the field effort for this fall field season but have already accomplished nearly as much as we envisioned for the entire period. The coordination with the Navy helicopter dipping sonar was very successful and unique. And we have had a number of other successful experiments, including control sequences where the full process is implemented but no sonar is used. These experimental controls are an important part of being able to tease out real effects from anything associated with the research processes or anecdotal observations. Below are some additional images from our time thus far in this project. We will provide some further updates on our process and make sure to check out the SOCAL Tagless BPRS page for more information on the project. 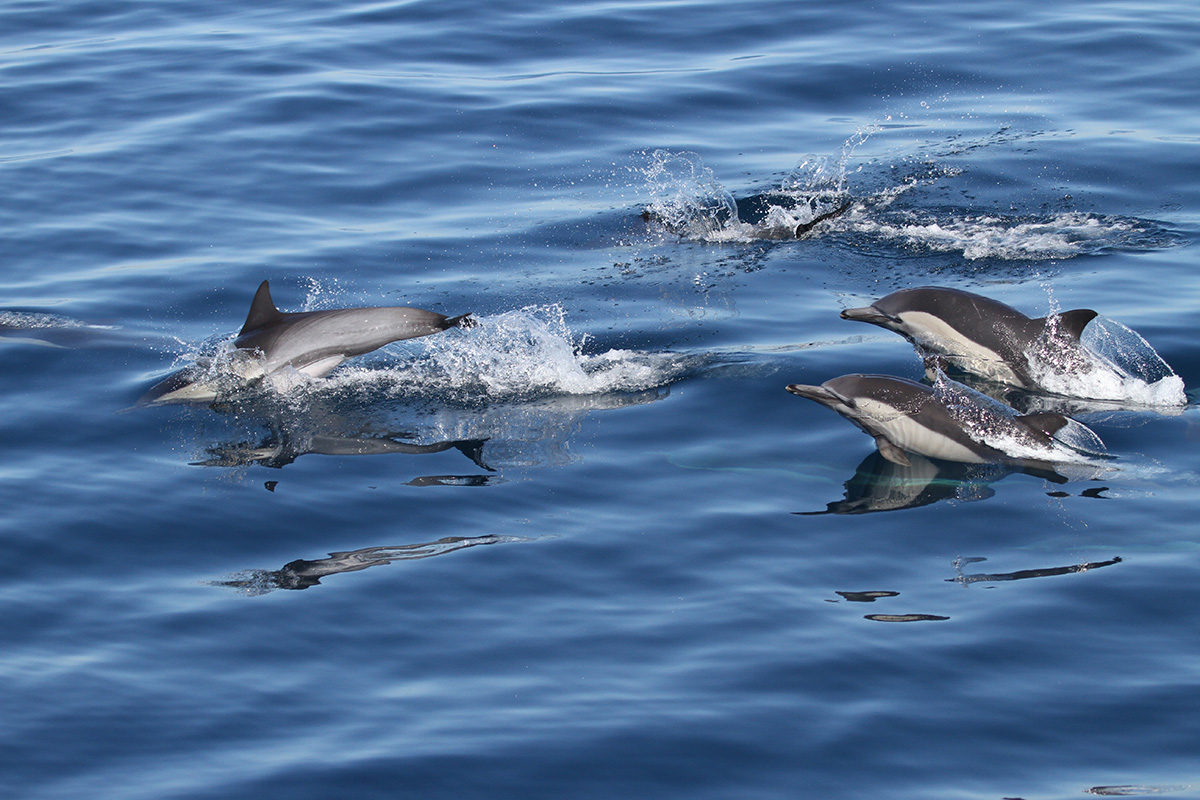 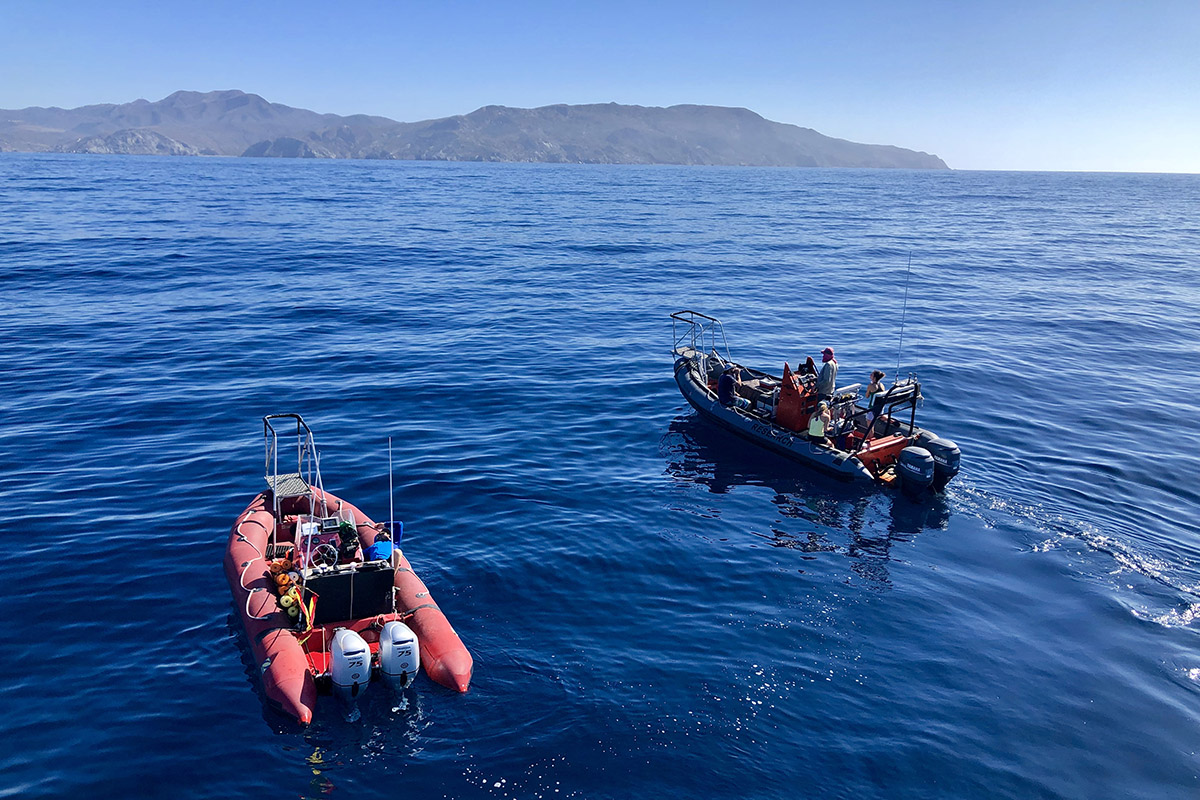